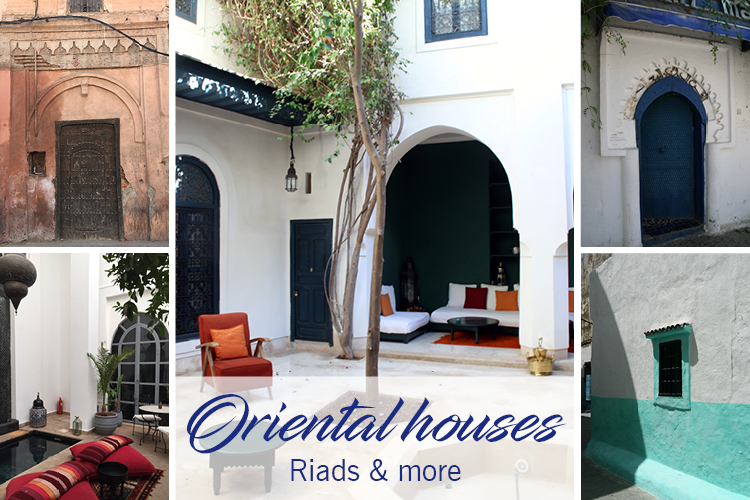 Have you ever walked through the alleys of the medina of Marrakech or Fez and wondered what is behind the bare walls? Only an elaborately crafted wooden door with iron fittings and decor can give you an idea of the wealth that is often found inside. In Morocco, the traditional oriental house with a green courtyard is called riad, which means ‚garden with trees‘. The simple facades often hide small green oases … As in paradise … one might think.

Knock on the door of such a riad. In Morocco many of these riads are now guest houses and beautifully renovated. With a little luck you will be invited in by a friendly person. What you then experience is of such beauty and oriental splendour that you will hardly consider it possible. The cool inner courtyard provides pleasant peace and shade. The hustle and bustle of the streets is quickly forgotten. A splashing fountain, colourful carpets and cushions invite you to linger.  Here your soul comes to rest. Enjoy it…

Interestingly, the Arabs copied their traditional oriental houses from the Romans. They found Roman ‚atrium houses‘ in North Africa. With the spread of Islam, this architectural style was further developed, because these types of houses offered the desired space for retreat and privacy.

The so-called riad is a house with an inner courtyard open to the sky in the middle. From there you can reach the rooms of the house through pointed arches. Through an opening in the roof and windows to the inner courtyard, the rooms receive light. Thus, the house can also be windowless to the outside. The roofs of the oriental houses are mostly flat and offer a walk-in area that is especially popular with women. Here they can meet and be undisturbed. Let us now think of today’s houses in the western world: here the facades usually give us an idea of what is inside.

In the Orient people like to hide their wealth

Let’s stretch the bow a little further and compare the western and oriental way of women dressing. Can parallels perhaps be derived from this? In the Orient you don’t like to show what you have because you fear the evil eye. So next time we wonder about the clothing of an Arab woman, let’s think about this aspect… I have occasionally asked female friends in Egypt or the Gulf States why they veil themselfes. They mostly answered ‚My headscarf gives me a certain protection from the men’s eyes‘ or ‚So I am less harassed‘. I often have the feeling that Muslim women don’t even feel oppressed by the headscarf, that’s just our Western view of things. For me this was a revealing insight.

In this sense: the true treasures are often hidden within… 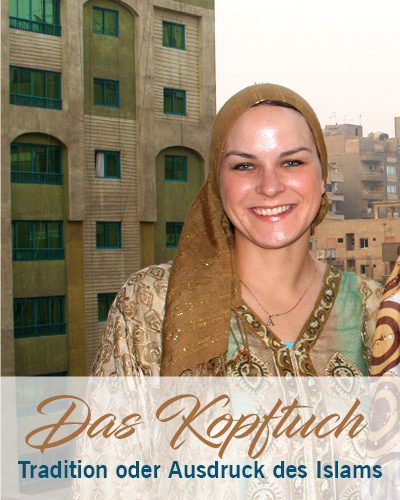 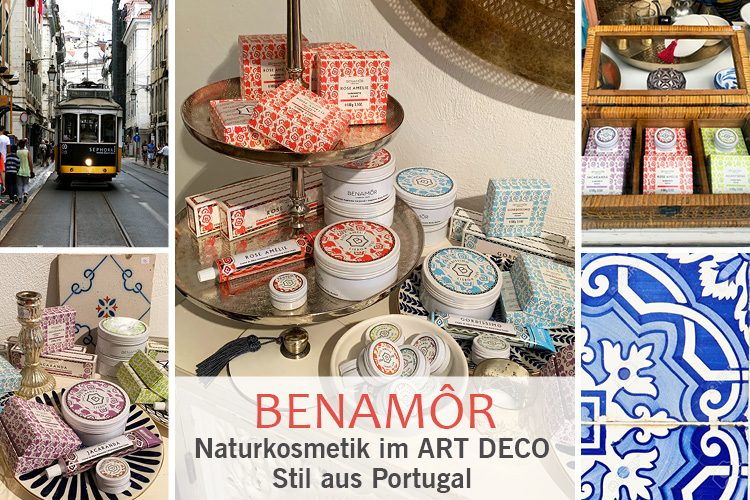